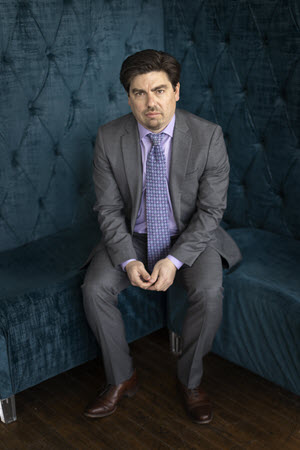 Stephen began his legal career as a corporate litigator at an elite Chicago firm. His clients included Fortune 500 companies and Illinois’ largest public utility. Chicago is a city well known for its aggressive legal culture, and it was there that Stephen honed his skills as a litigator, relentlessly representing the interests of his clients in court.

After his time practicing in Chicago, Stephen held a series of senior administrative posts in academia, including at The University of Texas System, where he served as Director of Global Initiatives. While an aggressive, adversarial culture is the hallmark of litigation, academia is the opposite: progress is achieved only through smart, patient, effective collaboration. During his tenure in academia, Stephen became a sought-after mediator on a range of complex issues, indispensable for his rare ability to identify areas of common interest, where others saw only competing interests, and then deftly mediate toward the best outcome based on the shared goals of the parties.

Stephen also holds an MBA in Finance from the University of Georgia, which he earned with the same high honors as his law degree. While completing his MBA, Stephen worked as a business consultant, utilizing a range of sophisticated methodologies to value businesses (including, specifically, medical and other professional practices) for sale or division.

Stephen’s far-ranging experience has equipped him with a rare mix of skills uniquely valuable in family law practice: a thorough understanding of financial considerations; consummate mediation and collaboration skills; zealous advocacy in litigation; and patient, empathetic understanding of the circumstances his clients confront.

Most importantly, however, Stephen is sensitive to each client’s unique situation and family dynamics. He knows when to call upon his different skill sets to achieve the desired outcomes for his clients. He is passionate about working closely, side by side, with each client, tailoring the best approach for them personally, based on their specific situation and concerns.

Stephen has been a member of the State Bar of Texas since 2005.

Let us Be There For you

Call Anytime 24/7 For a Consultation